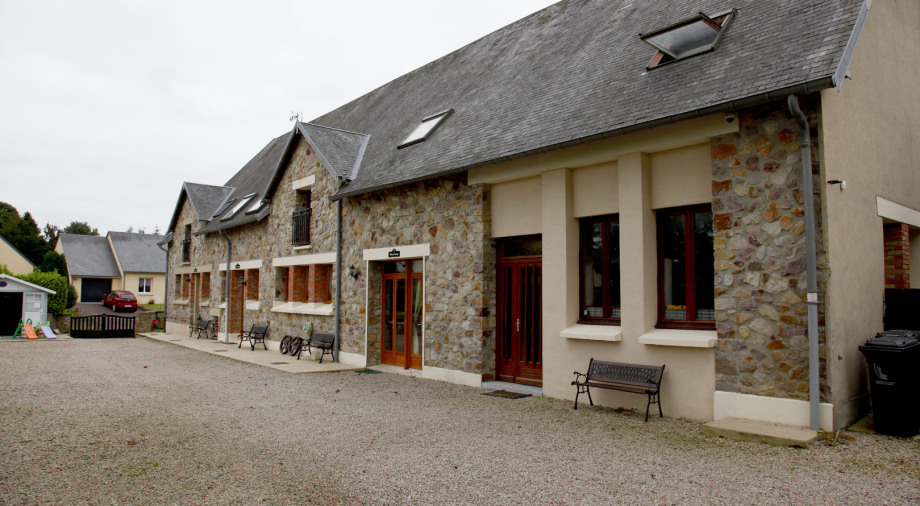 Useful Information when in France :

Speed limits shown below, are implemented rigorously. Radar traps are frequent, anyone caught travelling at more than 25 km/h above the speed limit in France can have their licence confiscated on the spot.
Remember, speeding and other traffic offences are subject to on-the-spot fines. Ensure an official receipt is issued by the officer collecting the fine.
In Town - 50km/h (31mph)
Other Roads - 90 km/h (56mph)
Dual Carriageways - 110km/h (69mph)
Motorways - 130km/h (81mph)
N.B. When visibility is below 50m, speed limit is 50km/h everywhere.
When it is raining or bad weather the speeds in town, Main roads and Dual carriageway reduce by 10 km/h and on the motorways reduce by 20km/h.

Don't do it. Over 0.05 per cent and you could face anything up to imprisonment. France has strict drink driving laws, blood alcohol levels being stricter than in the UK. Rather than present you with meaningless figures relating to blood/breath alcohol levels, our advice is if you're driving, don't drink.

Children under 10 years of age must be seated in the rear and seat-belted in an approved child seat (booster for non-babies). However, a very young child in an approved rear-facing safety seat can be in front.
Take care in built-up areas where the old rule giving priority to traffic coming from the right (Priorité à droite) still applies unless a yellow diamond indicates you have priority.
On roundabouts you generally give priority to traffic already on the roundabout, in other words, coming from your left as you enter the roundabout.

Cards are widely accepted, although they probably won't work at automatic pumps, which are often the only pumps in rural areas open out-of-hours, which also means lunch-time from noon to 3pm.
It's a good idea to let your card issuer know you will be travelling abroad. This ensures they don't suspend your card if they spot it being used in unfamiliar places, which they sometimes do as an anti-fraud measure.

Parking and resting zones are situated every 10 to 20km, with 24-hour petrol stations found approximately every 40km. If you do breakdown, pull up on the right hand lay-by. Make sure you illuminate your hazard warning lights and place a red warning triangle 30m behind your vehicle.
Free emergency telephones are situated every 2km on all motorways.
If you do break down and don't want to leave your vehicle, await a road patrols on all sections of the motorway. Flashing headlights on a motorway means I'm coming through; it's best just to quietly move over and don't let your ego get the better of you. Lights flashing on a country road may mean there's a police check ahead.. It's illegal to give these warnings!!
The French word Gendarme means literally 'armed men', they're tough, they're rough and they're generally disliked. In France, 3 times as many deaths occur on the roads than Britain for the same population, so it's no-wonder French police have an appalling attitude to towards motorists!!
If you break the rules you can expect to be fined around €30 to over €3,000 for serious speeding offences or more for drunken or reckless driving. Non-residents must pay in cash on the spot & residents have 30 days to pay up.

Mobile phones set-up for roaming receive a good French network signal in the area. If your mobile is unblocked for using any network then you can purchase a French SIM card from most supermarkets / electrical stores.

Sainteny has excellent facilities having a Boulangerie / Patisserie (good selection of freshly baked breads and cakes), Boucherie (butchers), a village store selling general provisions and a pharmacie (chemist).
The local towns of Carentan and Periers provide Supermarkets, Banks, Chemists, Bars & Restaurants.
Most shops in the main towns open Monday to Saturday from 9/10am to 7pm. Shops out of town often shut at lunchtime from noon until 2pm and banks are open usually Tuesday to Saturday. Almost all shops are closed on Sundays with the exception of the bakeries that usually open for a few hours in the morning.

We are located at:

If you have any queries or wish to make an appointment, please contact us:

Get social with us.